Please ensure Javascript is enabled for purposes of website accessibility

Hip Replacements – Built to Last According to Recent Study

Hip Replacements – Built to Last According to Recent Study

This is great news for those that need hip replacements. They not only improve the quality of the lives of so many, but they do so consistently over time. This is a relief for patients and can help ease worries when making the choice to undergo a replacement. 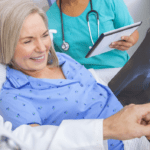 “Previous studies have been based on much smaller samples. At best, the NHS has only been able to say how long replacements are designed to last, rather than referring to actual evidence from multiple patients’ experiences of joint replacement surgery,” said Jonathan Evans, a researcher at the Bristol Medical School and study lead author, said in a news release. “Given the improvement in technology and techniques in the last 25 years, we expect that hip or knee replacements put in today may last even longer.”

The National Institutes of Health estimate that one million total joint arthroplasty surgeries occur each year. They project that number to shoot up to nearly four million by 2030.

3 Common Cold Weather-Related Injuries and How to Avoid Them

Experiencing Seasonal Joint and Body Aches? Here’s How to Combat the Discomfort